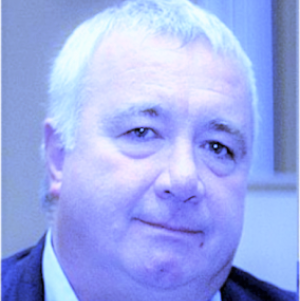 Professor Chris Haslett is a clinician-scientist, holding the Chair of Translational Medicine and leading a research group with the University of Edinburgh’s Centre for Inflammation Research studying the cell biology of lung inflammation and scarring (particularly granulocyte biology and apoptosis), molecular imaging, and conducting clinical translational research.

After a three-year MRC Travelling Fellowship in Peter Henson’s laboratory (Denver, CO) where he did novel research on neutrophil priming and trafficking and discovered neutrophil apoptosis, Chris returned in 1985 to the Royal Postgraduate Medical as MRC Senior Clinical Fellow. There he set up a small group to define the role of granulocyte apoptosis in the resolution and control of inflammation. The group was joined consecutively by John Savill and Moira Whyte as MRC Training Fellows and a number of key discoveries were made. In collaboration with the MRC Cyclotron Unit at the RPMS, Chris also carried out novel research on PET imaging to quantify lung inflammation and scarring.

In 1990, he moved to Edinburgh and was joined by Ian Dransfield and Edwin Chilvers, and subsequently by Tariq Sethi, Seamus Donnelly and Adriano Rossi. Funded by consecutive MRC programme grants, the focus was on harnessing the apoptotic and recognition processes to drive resolution of inflammation/scarring processes culminating in the discovery that cdk inhibitors could ‘drive’ neutrophil apoptosis and promote the resolution of inflammatory/scarring processes, thus ‘squaring the circle’ of 20 years of apoptosis research.

In Edinburgh, Chris also renewed his interest in neutrophil-generated lung injury and molecular imaging of lung inflammation/fibrosis. With Seamus Donnelly, key observations were made in the early risk period of the devastating disease ARDS. In the past decade, he joined forces with Kev Dhaliwal to create a new cadre of scientists to meet the challenges and opportunities of the molecular imaging ‘revolution’. Funded by major grants from the MRC, EPSRC and Wellcome Trust, this group has created novel optical imaging ‘SmartProbes’ which, partnered with in-vivo bronchoscopic confocal microscopy, are now being applied in ‘first-into-human’ studies of lung inflammation and fibrosis