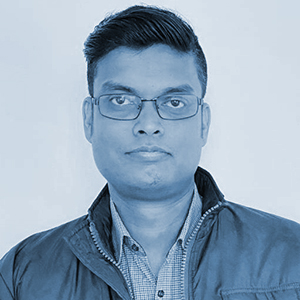 Syam graduated from University of Kerala (India) with a master’s degree in Optoelectronics and Optical communication in 2011. Later he joined in Vinvish Technologies Pvt. Ltd. India (2011-2014) as an Optics engineer, where he was working in various projects including development of photodynamic therapy laser & reflective confocal microscope.

In 2014, he joined National Centre for Laser Applications (NUIG Galway) Ireland as a researcher in laser technology. There he worked in a Biophotonics project in collaboration with Teleflex medical USA. In 2019, Syam received a Biophotonics PhD from Heriot-Watt University. The objective of his PhD was to develop a high precision and minimally invasive ultrafast laser tool for the surgical procedure of early stage colon cancer. He joined the THT Group as a device engineering research associate in October 2019.