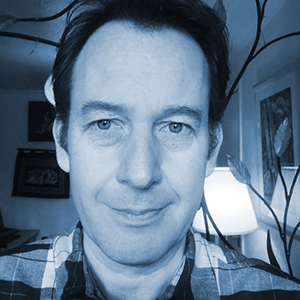 Rich is an immunologist interested in the regulation of T cell responses under conditions of chronic inflammation and the balance between effective immunity and inflammatory pathology. His interest was kindled during a PhD at the University of Glasgow with Prof. Eileen Devaney, studying the tropical disease lymphatic filariasis. It was subsequently strengthened during a fellowship, awarded by the National Multiple Sclerosis Society of America, undertaken at New York’s Trudeau Institute with Prof. Dyana Dalton. In Prof. Steve Anderton’s lab at the University of Edinburgh he developed models to track the fate and function of auto-aggressive and regulatory T cell populations. He now studies the interactions between stromal cells and T cells in lung cancer in Ahsan Akram’s lab and, within the wider team, contributes to efforts to characterise T cell sub-populations in the lung and develop assays and test probes to describe their functionality. Outside of work he enjoys playing the guitar, drawing and painting.